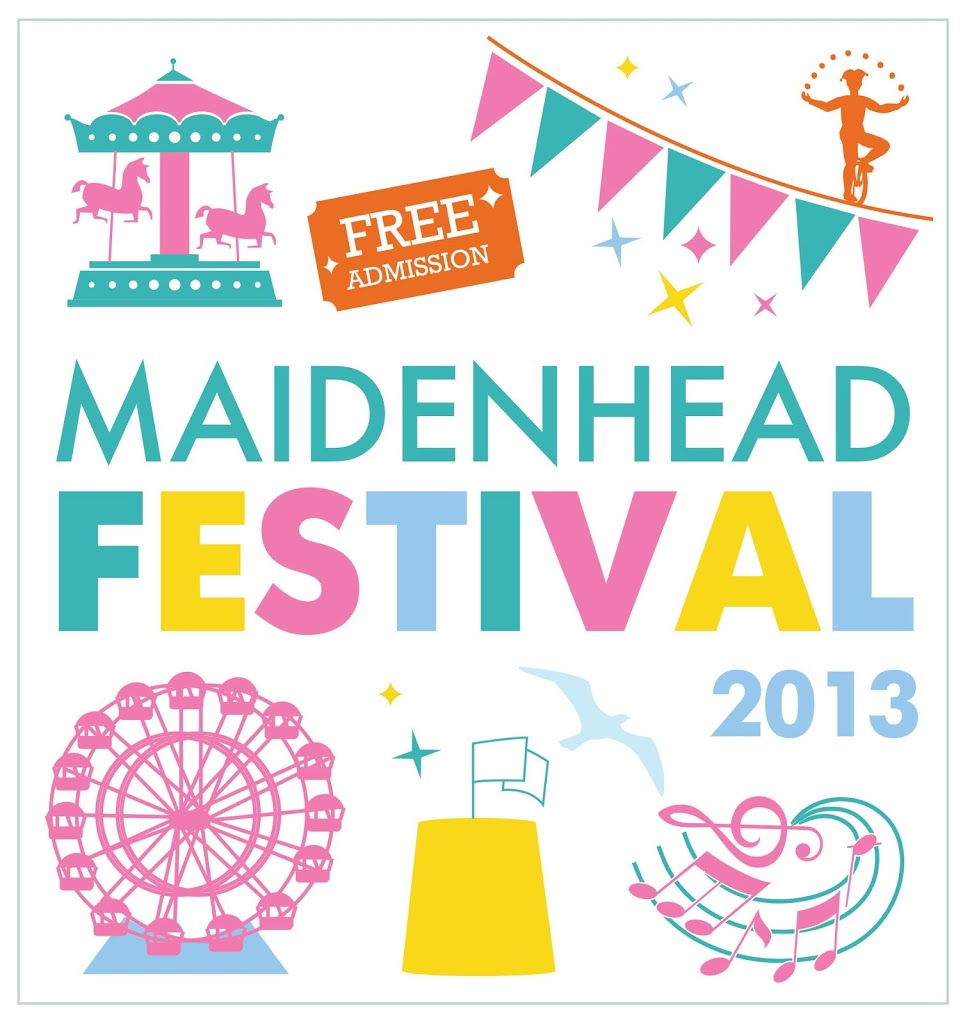 So those of you that follow my Blog will know that I’m a little bit sceptical when it comes to things in the ‘metropolis’ of Maidenhead. After living in New York and London and coming from Birmingham originally, its fair to say that this Berkshire town doesn’t quite have the ‘bright lights big city’ thing going on.

But, sometimes thats a really good thing. Sometimes its good to value things that feel a little home made, a little bit work in practice. So trying my best to keep an open mind I went down to the Maidenhead Festival today (originally the Maidenhead Carnival) to see what it was like.

First thing I should point out is that its FREE. There aren’t many things you can do that provide two days of music and activity that are free. That I can walk to. With a pushchair. So thats a big tick already. 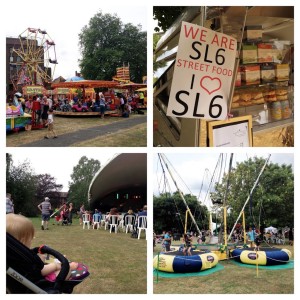 It felt very family friendly (although I was there at 3pm, whether it changes after dark is another matter) and you could easily find somewhere to sit in the sun or the shade to watch the world go by. (There were even a few spare chairs. You don’t get that at Glastonbury!)

My little one didn’t quite know what to do with the loud music from the main stage, although there were a few kids dancing, even that early on in the day. Instead we found a spot next to the ‘beach’ and quickly found ourselves chatting to other kids and mums there.

I’ll be honest though, there was a brief ‘your child just deliberately threw sand at my daughter’ moment but I made myself rise above it… although I couldn’t see the relevant mum to mention it to. Most were deeply engrossed in conversation on the deckchairs around the beach. 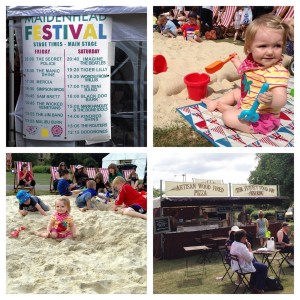 There were some good options for food- the Artisan Pizza van looked good and I’ll be giving ‘We are SL6’ Street food a try at some point, even if only for their VERY cool van and styling. I could almost be in Shoreditch or at a Boutique festival. (Almost). Walking back on the high street later there were some other street food options too, although I think they would have got more trade being in Kidwells park.

I’ll be heading down again tomorrow with 6 friends from London- be interesting to see their take on it! I’m really pleased I went today and I really hope that the organisers are able to do a similar thing next year as well. My only request would be to do it across a weekend instead of a Friday and Saturday as most of my friends were stuck in the office!

Oh and if they could just make the sun shine tomorrow too that would be fab….