Fitness and advice, with an expert twist. 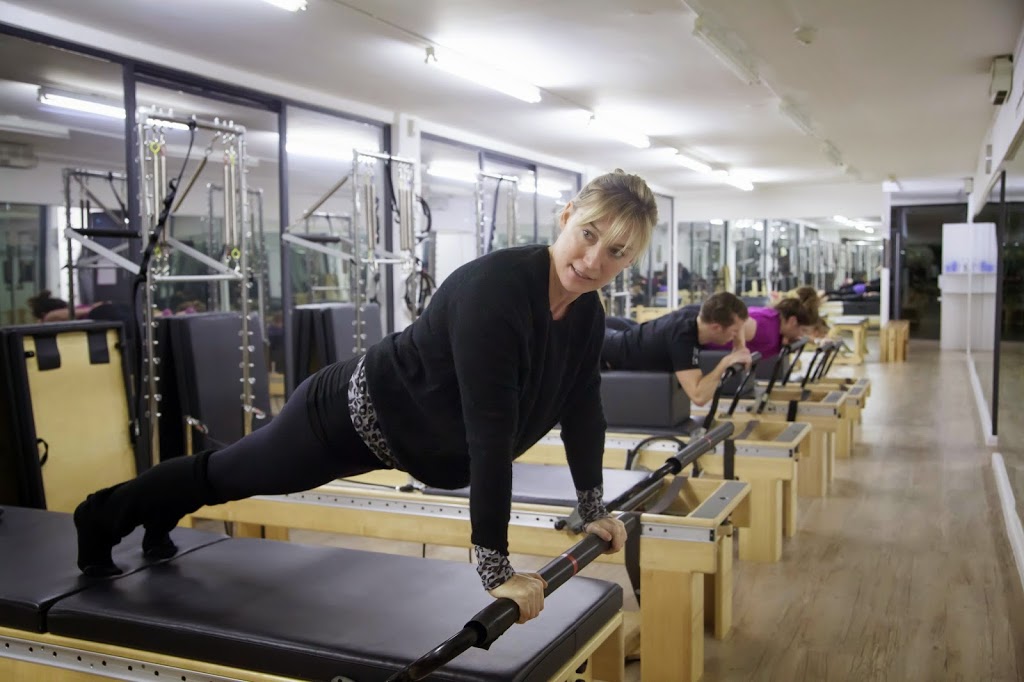 Wherever possible I like to use this Maidenhead Mum blog to support local businesses and help tell their story to a wider audience. So when another local mum mentioned the POWMAK Pilates Studio at Windsor Marina, I was interested to find out more. I’m not paid to write these blog posts (unless I mention it upfront!) and this was just a chance to learn some new things and see a local business lady in action!

Before we start, I have to confess: I’m not an exercise junkie. I’m not a member of a gym, I don’t go running, I’ve never been to an aerobics class and I don’t own any actual sports trainers… just a whole lot of adidas trainers for fashion purposes only!


Although I’m a bit ‘bah humbug’ when it comes to exercise, at work I’m surrounded by people that run, go to the gym or do crazy assault courses like Tough Mudder… FOR FUN!

So when I opened the email about POWMAK Pilates I asked some of them and it was met with quite a lot of interest, particularly from my friend Monika who regularly does a Pilates class at her gym.

The POWMAK studio in Windsor encompasses three disciplines: POWMAX, POWMIX, POWMAT which are designed to suit your body, schedule and budget.
People who hate exercise and the gym love POWMAK. People who love the gym love POWMAK.
We have taught people to move and perform differently in exercise, break pain cycles and prevent injury.
POWMAK members know how to move their bodies in order to stay strong and effective whatever they do in life.

Monika was really intrigued by it… Pilates… with machines? Eh?! What about the mat? How does it all work? And by asking such questions and showing an interest she swiftly found herself being roped in as my guinea pig… or, as my husband aptly names it, my ‘Stunt Double!

Seeing as we both went along to the POWMAK studio, I’m going to include words from both of us in this post. I think it helps to hear Monika’s version of events as she was at the epicentre of all the action, and its useful to see what I could see as a ‘fly on the wall’.

But first things first, a bit about Monika:

Monika is a bit of  fitness goddess/nutter! She’s young, strong, goes to the gym, has done several sponsored runs, the ‘Three Peak’s Challenge’ and has done the local ‘Nuts Challenge’ and even the ‘Tough Mudder’ assault course. Twice. Alongside all of that she’s just one of those people with brilliant inner strength and focus – when this lady wants to achieve something, she does it. Boom!
But its not all been plain sailing fitness wise for Monika. She’s had back problems and upper arm problems and this has meant that she’s not been able to work out as much as she wanted as doctor’s orders have been to lay off it all for a bit. I was intrigued to see what would happen at the POWMAK session, and whether she would be able to make the most of the session or use any of the equipment.
Over to Monika:


I am a DIY fanatic, with much love for power tools, who works in an office and has a dream of having her own pub. I’d do almost anything for charity (skydives, Three Peaks Challenge, countless runs – been there, done that). I’m an absolute control freak with blatant OCD who, on her weekends likes to let her hair down and run a half marathon through mud, crawl in water filled trenches, get electrocuted and climb over 3,5m walls for the sake of an orange Tough Mudder headband… That’s me in a nutshell. 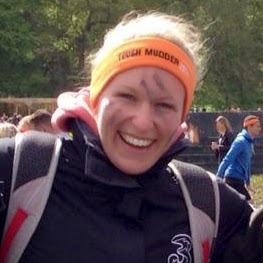 Our visit to Powmak:
We booked our session with Sam, the owner and founder of POWMAK. (You can read more about her here) The plan was to nip there after work, have a one-to-one session so Sam could assess Monika’s fitness and needs and then do a class afterwards. I was going to come along to learn a bit more, take photos, and hear and see Monika’s reactions first hand.
The POWMAK studio is located right in the Windsor Marina, at the entrance near Squire’s garden centre. It was pitch black by the time we were driving there, and although we found the gates to the Marina, we weren’t sure what to do, or if we had the right place. A quick call to their office confirmed we had the right place so we put the code on the gate, parked up and walked around to the centre. I’ll be honest, we weren’t quite sure what to expect… their website is rather swish, neither of us had ever been to the Marina before and there was a little bit of trepidation as to what it would actually be like.

But we needn’t have worried. At the door we met Sam and she immediately put us at ease. She was keen to hear all about Monika (and also encouraged me to have a go too while I was there… more about that later!)

The final thing I was shown was the blessing of the Pilates Miracle ball – a slightly deflated rubber ball, perfect for measuring pelvic floor engagement. I tucked it underneath my coccyx, put my legs up to 90 degrees and slowly lowered alternating legs. It was challenging because of my back injury but Sam said it was a perfect exercise for my condition. The beauty of it was I could easily do it at home! 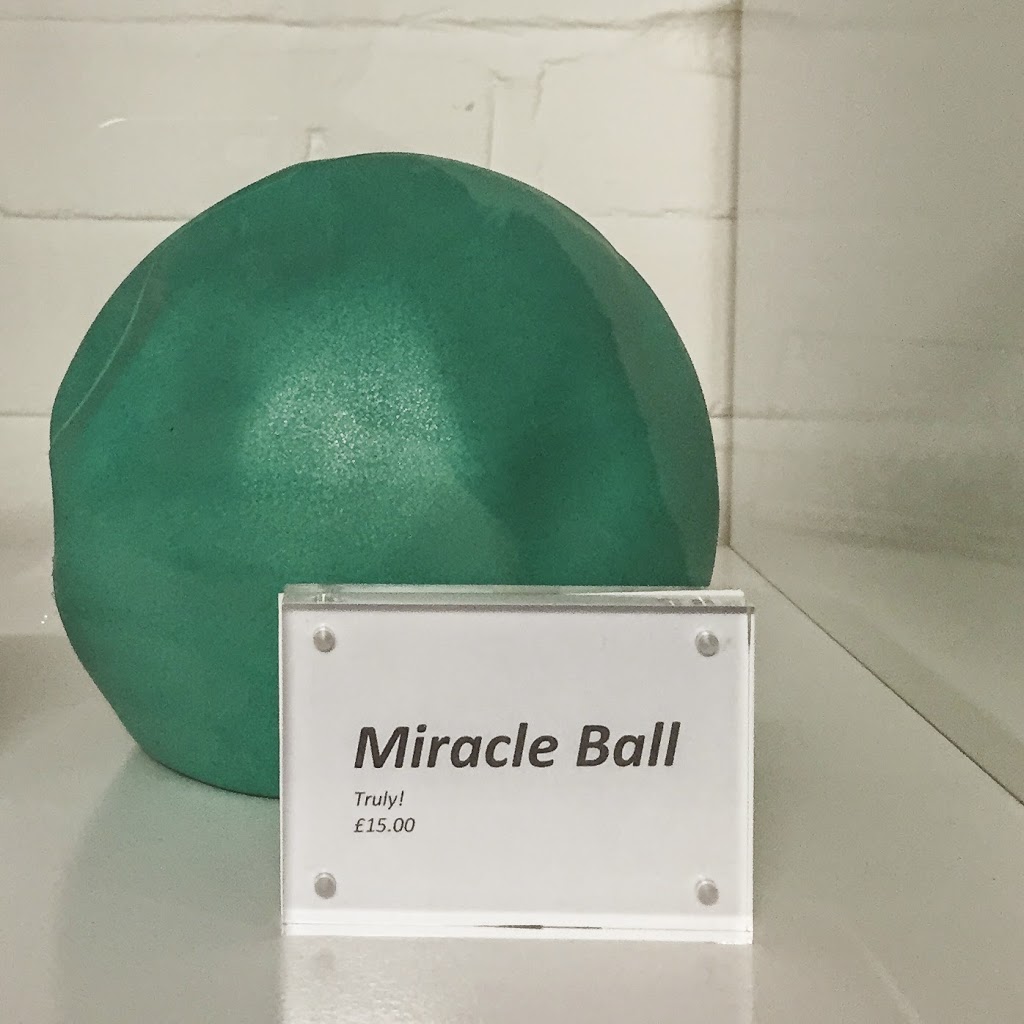 Oh, and here’s Jodie getting in on the ‘Plank’ action too….!

Our final thoughts
I found the visit to POWMAK a bit of an eye opener, and I came home on a bit of a buzz. I was on a high from having witnessed an expert at work. She’s taken a passion and created a business from it, and genuinely gets a thrill out of helping people- she was buzzing too as Monika picked up the new moves and adjusted her posture.

It was brilliant to see how her expertise had really given Monika a new perspective on her fitness and strength. Although the original plan had been for us to have a  preliminary assessment and then do a class, we had merrily whiled away a couple of hours learning about the moves and the equipment so Sam was keen to invite us back for another class. Both of us! EEK! Maybe that can be my January 2015 achievement: an actual exercise class!
Monika:
I have to say my whole experience with POWMAK was a great and exciting journey. Sam’s enthusiasm was contagious. She really knew what she was talking about and she proved it every time she demonstrated the exercises. Not only has she made the effort to know my fitness level or dig into detail of my conditions but also get to know me a little bit. Her biggest asset: she listened and cared. When I was a bit reluctant she was determined to show me how to unleash the potential hidden deep inside my body. She succeeded too – I can still hear her tips in my head every time I plank, squat or even when I do my morning roll up from bed. Because of all this I will surely be back to join one of the classes at PowMak in the nearest future.
Ah! Did I mention that after this session, for the first time since August, my back stopped hurting…
As a final word, a big thanks to Monika for being my ‘stunt double’ and letting me share our experiences here on the blog 😉 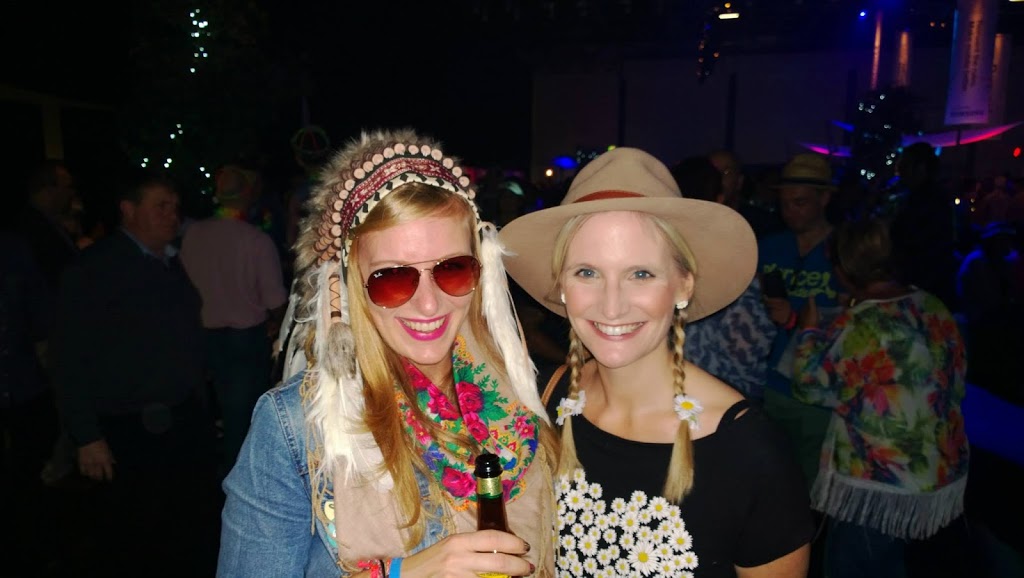 If you’ve enjoyed reading this post and want to read my blog on a regular basis, you can follow me on Twitter or Facebook , visit my website www.maidenheadmum.co.uk or you can use the boxes on the right hand side (on desktop) or at the bottom of the screen (mobile) to subscribe and get my posts sent to you by email.
You can see more of my photography on my photography website and blog, www.photojodie.com