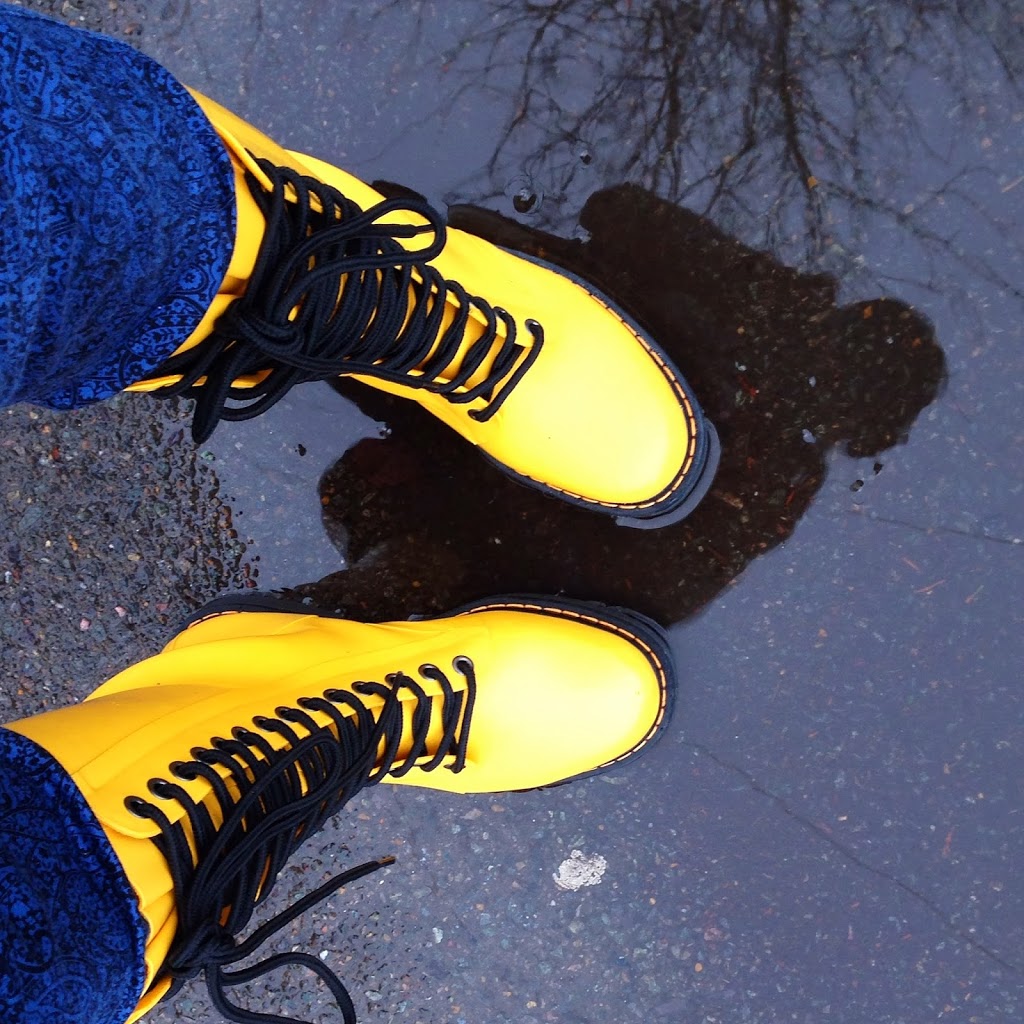 I’m known for doing a good strong power march around town – I walk everywhere that I can. Or at least I have done for the last few years. Living in London and then in New York there was no need to drive anywhere. And even moving to Maidenhead I chose to live within walking distance of work and the train station. Every morning I walk to Nursery and then walk to work- that’s a 40 minute power march. Who needs the gym?!
So for the last few years, when it came to preparing for Winter I rationalized that for me, investing in good shoes and a good coat was the same as other people getting their car serviced or buying new tyres. (Or at least that was my way of justifying the money spent on a pair of Dr Marten Boots and a proper winter windproof/rainproof/breathable jacket!) Plus, I still love my Docs. Random people stop and talk to me and tell me little stories from their youth when they wore docs!
This year though, it’s been a little different.
In April last year I finally passed my driving test. Yep. Not content with having a baby and buying our first house within the same 12 month period, I also added in passing my driving test. In the space of a month! There were moments when I thought I’d lost the plot: revising for the theory test was a struggle – it had been ages since I’d had to actually learn new data and it felt like there was limited space available for facts and figures when I was a full time stay at home mum. That’s not to discredit stay at home mums in any way, just that I found there’s only so many things I could personally focus on in one day. Looking after baby and me being number one….Getting enough sleep at number two…. Learning the Highway code…. A little further down the list!
But I did it, and passed first time. Which was a huge relief because secretly I’m a bit competitive, mostly with myself, and I like to take pride in doing things well. Or that’s my version of the story. Perhaps it’s better explained by the fact that my other half refuses to play Words with Friends with me. Or any board games come to think about it!
This year though I’ve realized that I need to think a little differently. The posh practical jacket and Doc boots have still been used in abundance, as have the new yellow wellies that I had for Christmas. This year though, its not just about me and my battle with the elements, its about me, the car and the little one. Crikey. Responsibility.
So I thought I should do a bit of homework about driving in Winter. Admittedly we’ve made it to February without any snow, but this is England, it can snow in April! But the biblical rain and rising water levels in and around Maidenhead over the last few weeks prompted me to go online and read about what I should do if I find myself in deep water. According to the AA there are currently 16 severe and 128 standard flood warnings across the UK!

It’s divided the office at work with some people willing to take the risk and drive on through closed roads and others preferring to work from home. Reading through their facts and figures has definitely made me think twice about driving across flooded roads.
Even if you’ve been driving for years, its unlikely that you’ll have seen this much flooding- it’s been years since the water levels have been this high in and around Maidenhead.

The AA even have their own emergency response team that are sent out to deal with bouts of really bad weather, like the ‘storm chasers’ you see in America following hurricanes. You can even follow their ‘Special Operations Response Team’ on Twitter .

At the point that you or I would rather retire on the sofa with a cuppa or glass of wine, it’s someone’s job to get out there and deal with the weather head on. That would definitely earn them the title of a ‘Very Nice Man’ (a very, very nice man) in my book. Or am I just showing my age with the reference to a classic TV AD?!


This was a paid blog post for the AA. As with everything I write on the blog, my opinions are my own and not affected by any gifts or payment that I receive to write the post.

If you’ve enjoyed reading this post and want to read my blog on a regular basis, you can follow me on Twitter, visit my website www.maidenheadmum.co.uk or you can use the boxes on the right hand side (on desktop) or at the bottom of the screen (mobile) to get my posts sent to you by email.